"It will be just the same on the day that the Son of Man is revealed ..."
Back to Index

Tribulation then Rescue then Wrath

“what will be the signs of your coming and of the end of the age?”

The old joke of a ragged prophet holding a sign proclaiming “THE END IS NEAR” is no longer a joke for some people who are now saying “the end is HERE.” Well not until we see a few more signs that need to happen before the Day of the Lord comes (especially where the man of sin "... displays himself as being God ..." as recorded in 2 Thessalonians 2)  but it cannot be denied that the end is much nearer than people think and it's not an exaggeration to say that the stage is set for Jesus' return because so many of the props and actors are in position. Keep watching. The world scene will be arranged and rearranged right up until the stage manager gives the order to kill the lights and drop the curtain. If the curtain is indeed about to fall and -- in other words -- if our ship is indeed beginning to sink, it would be a good thing to find clearly marked signs to the lifeboats. Where are the clearly marked signs pointing out a rescue (or rapture as it is commonly called)  at the end of this perilous age?

The enemy is rushing in to fog up the situation, but God's truth will clear it for us (John 16:13).

So many  rapture theories are out there but only one theory can be the right one. What was the key sign Jesus told his disciples when they asked “what will be the signs of your coming and of the end of the age?” Jesus listed several warning signs: spiritual deception, false Christs and many other important signs including “… just as it happened in the days of Noah, so it will be also in the days of the Son of Man…” (Luke 17:26-27 NASB). We should pay attention to the emphasis “just as it happened” in the days of Noah which means that keen attention should be given to every detail of how it happened in the days of Noah and Lot (Luke 17:29-30). There’s a lot happening: “eating, drinking, marrying and giving in marriage” (preoccupation with temporal activities), violence and sexual depravity – all of which are relevant – but for the purpose of this study, the pattern of tribulation, rescue and wrath need careful attention. A careful and prayerful reading of the Noah/Lot Bible narratives will show that this order of events holds true because our unchanging God (Malachi 3:6; Hebrews 13:8) has held it true from creation until now and in the future when he will snatch His faithful ones away from danger “immediately after the tribulation of those days… ” (Matthew 24:29-30; Matthew 24:31). Study the chart below and watch for the pattern of tribulation, rescue and wrath as it keeps repeating itself all through history. 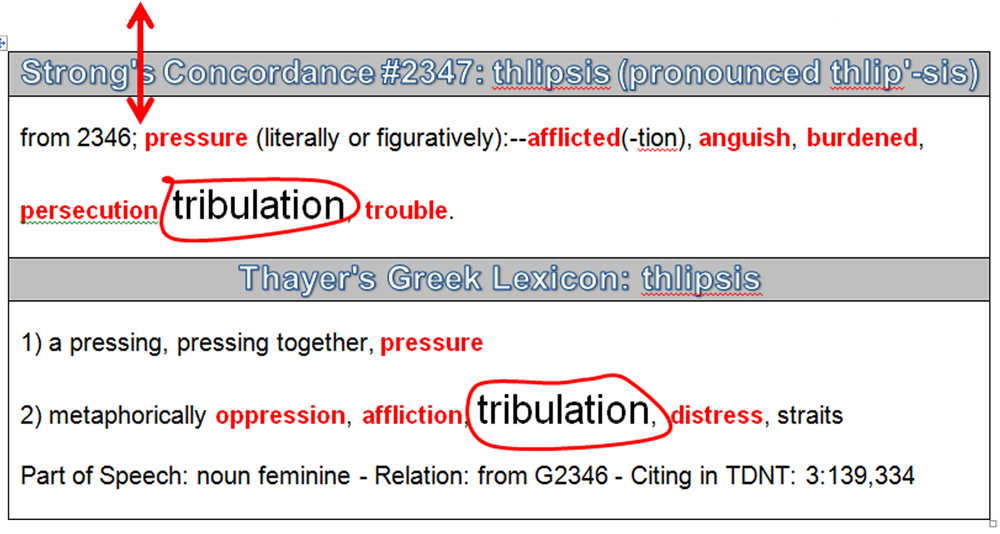 JUST AS IT HAPPENED

In the days of Noah: “… violence filled the earth” (Genesis 6:11-12) and God rescued (raptured) Noah with his family just in time while the wrath of God was already beginning to pour out on the whole earth (Genesis 7:12-16). In the days of Lot: “He rescued (raptured) righteous Lot, oppressed by the sensual conduct of unprincipled men” (2Peter 2:7). It was rescue when the angels firmly took Lot’s family by the hand and snatched them to safety just in time, then wrath that began the same day as the rescue (Luke 17:29).

The future rescue (rapture from the Greek word harpazo) of God’s people will be just in time before His wrath is fully poured out on His enemies. This is clearly seen in the Noah/Lot examples and is prefigured in many types and shadows from Genesis to Revelation. For example the prophet Daniel speaks of “a time of distress such as never occurred since there was a nation until that time; and at that time your people, everyone who is found written in the book, will be rescued” (Daniel 12:1). Collectively, all these biblical examples bear witness to the following two verses where Jesus explicitly stated that “… In the world you have tribulation, but take courage; I have overcome the world” (John 16:33 NASB) and where Paul the Apostle stated that “… God did not appoint us to suffer wrath but to receive salvation through our Lord Jesus Christ” (1 Thessalonians 5:9 NIV). In plain language, God’s people can expect tribulation but His people will not suffer His wrath. This comes more into focus with New Testament examples in Part 2.


"Harpazo" by Jacob Prasch is available now on Kindle at Amazon.com
Back to Index